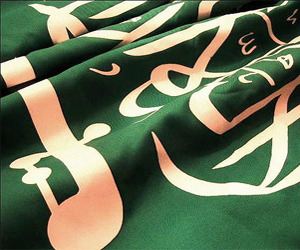 In a spectacular display of theocratic zeal that makes The Crucible look like The Sound of Music, the government of Saudi Arabia—America’s petro-partner in the war on terror—is preparing to get medieval on a Lebanese TV personality: The popular host is to be beheaded Friday for practicing “sorcery” on his Arabic-language TV show. And according to Amnesty International and Human Rights Watch, the man’s ordeal is but one strange front in a renewed Saudi offensive to root out un-Islamic thoughtcrimes. As one Amnesty worker puts it, “If JK Rowling lived in Saudi Arabia, she could be arrested for practising ‘sorcery’ with her Harry Potter books.”

An appeals court for the kingdom upheld the conviction of Ali Hussain Sibat, a father of five whose apparent crime was giving “advice on general life questions and predictions about the future” to live callers on his Beirut-based phone-in show. Saudi authorities grabbed him in a Medina hotel room mid-2008 after he’d traveled to the kingdom to perform the ‘umra, a “lesser pilgrimage” to Mecca that many Muslims take throughout the year. The state’s religious police, the Mutawa’een, recognized Sibat from his TV show and “took him to prison,” his lawyer, May al-Khansa, told NPR, “and after that they took him to the court many times, asking him, you have to say that you have done something against religion, and after that we will release you and take you to your country.” Never mind the irony that the police nabbed him while he was being an observant Muslim, or that these state-appointed defenders of virtue were strangely well-acquainted with Sibat’s TV shtick.

At that point, things took a turn for the weird. Sibat was deigned to explain in writing how “he consulted spirits to predict the future,” under the belief that they’d let him go in a few weeks with a stern lecture; but, according to NPR:

…the authorities didn’t release him. Instead, they brought him to a TV studio and told him to confess again. The conversation was broadcast on a Saudi program about religion.

“How do you rate yourself among magicians?” an interviewer asked Sibat.

“What?” said Sibat, clearly nervous. “I have failed. I confess in front of God.”

After languishing without representation for another year, he was hauled into a courtroom last November, where the form he’d filled out was admitted as a “confession” in a case against him, and he was given a death sentence for practicing “sorcery.” His family was recently informed that the beheading would be carried out tomorrow.

The scariest thing, though, is Sibat’s not alone. Amnesty and HRW cite multiple cases of Saudis (or foreigners unlucky enough to be in Saudi Arabia) whose crania are to be severed from their bodies because of “crimes” like sorcery, withcraft, and apostasy. These crimes have no official definitions in Saudi law; not unlike publlc intoxication cases in Texas, these Saudi cases are “discretionary,” based largely on the Mutawa’een’s arresting inclinations and the courts’ understanding of Islamic Sharia law. That means sorcery becomes a catch-all “to punish people for the legitimate exercise of their human rights, including the rights to freedom of thought, conscience, religion, belief and expression,” according to Amnesty.

It’s an especially cruel twist in a culture where folk religion has long upheld a belief in jinn, or genies—think 1001 Arabian Nights. But as NPR points out, those beliefs are incompatible with the kingdom’s official takfiri, Wahhabist interpretation of Islam, where faith in the one true God, as judged by the state, is the chief criterion for staying free—or alive, anyway. A curious superstition, indeed, in a kingdom where Armani and Audi regularly upstage Allah. “If Saudi Arabia didn’t already have a frightening record of arresting and sentencing people to death for ‘sorcery,’ this case would be almost laughable,” says Amnesty International UK’s Individuals At Risk Manager James Savage, who made the comment about Rowling’s Harry Potter as possible fodder for Saudi authorities. “As it is, it’s sinister and deplorable. Nothing is too bizarre when it comes to Saudi Arabia’s application of the death penalty.”

As I sit writing this post, peering out a window at the San Francisco midday sun, it is 9:30 p.m. in Saudi Arabia. Amnesty and HRW have petitioned the kingdom’s government for clemency for Ali Hussein Sibat. His family has appealed to the Lebanese foreign minister and Saudi King Abdullah for mercy. But Sibat—whose show ran on Lebanon’s Scheherezade TV station, named for the princess who told the Arabian Nights stories to stave off her own execution—is likely to be dead in less than a day. His head will roll free beneath a murderer’s scimitar, shortly after Saudi Arabia’s imams lead millions of the faithful in evening prayers and finish telling them a state-approved story of virtue and vice.