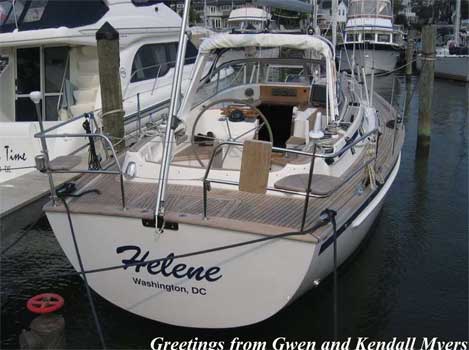 The Justice Department just announced a major espionage bust, indicting a former State Department intelligence official and his wife on charges of spying for the Cuban government for nearly 30 years. After launching a sting on the couple in April, the feds swooped in yesterday afternoon and arrested 72-year-old Walter Kendall Myers (a.k.a. “Agent 202”) and his 71-year-old wife, Gwendolyn ( a.k.a. “Agent 123” and “Agent E-634”).

Beginning his career with State in 1977 at the department’s Foreign Service Institute, Kendall, whose top secret clearance allowed him to view sensitive compartmentalized information (SCI), eventually worked his way to become a senior analyst, focusing on Europe, in the agency’s Bureau of Intelligence and Research.

According to the Justice Department:

Kendall Myers’ classified State Department work computer hard drive revealed that, from August 22, 2006, until his retirement on Oct. 31, 2007, he viewed more than 200 sensitive or classified intelligence reports concerning the subject of Cuba, while employed as an INR senior analyst for Europe. Of these reports concerning Cuba, the majority was classified and marked Secret or Top Secret, the affidavit alleges. An FBI review of Kendall Myers’ State Department security files further revealed numerous false statements by him to conceal the couple’s clandestine activities on behalf of the CuIS [Cuban Intelligence Service], the affidavit further alleges.

Apparently the clandestine couple–in addition to allegedly funneling US secrets back to the Castro regime–were big-time sailing buffs. I came across a picture [PDF] of what appears to be their 38-foot boat, the Helene, on the Web site of a Swedish yacht builder. She certainly is a beaut. (See here for interior pics of this particular model.) Accompanying the pic is a note from Gwen and Kendall Myers, which I’ll reproduce here in its entirety:

It is 8:00 PM here; we are having a drink and are practically melting in our chairs while  repeating to one another, ”we have the most beautiful boat.”

Today the temperature was around 60 degrees and the wind from 4 to 8 knots.  We sailed the good ship Helene on the Bay for 4 hours.  Kendall sailed then napped for an hour on a pad  behind the helm’s seat.  I used a finger to occasionally touch the wheel while the boat sailed herself. Clouds were mesmerizing. No other boats around so thoroughly relaxed. Our only comments were how well balanced she is, how smoothly she sails, and how fast she is in any wind.

Two weeks ago we took her on her first sail of the spring and were surprised by a 24 knot gust. She took the blow like a champ, rounding up to wait for us to ”come to!”

We just want you to know our happy we are with our decision to purchase this gem from you!