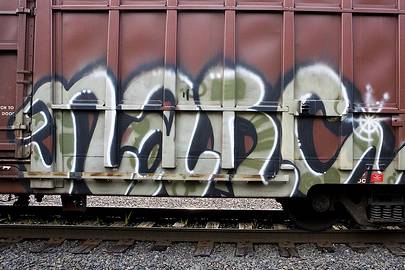 I’ve recently had to spend a great deal of time on the Web site of the White House Office of National Drug Control Policy. The ONDCP is, frankly, fascinating. It’s a source of an incredible amount of information. Of course, it is not always the information you’re actually looking for, but it is thrilling all the same.

It contains, for instance, the office’s official list of drug street names. Below, let’s see what the least drug friendly institution on the planet has decided to let concerned citizens know about the “word on the street.” What’s today’s lingo?

Some of these street names are major revelations. “Bag Bride” is a term to describe a crack smoking prostitute. “Ghostbusting” is apparently the word for searching for white particles in the belief that they are crack. And in a hard to believe disclosure, “Geezin a bit of dee gee” is slang, somewhere, for injecting a drug.

One wonders about the purpose of this sort of list. The site explains that:

The Street Terms database contains over 2,300 street terms that refer to specific drug types or drug activity. The database is used by police officers, parents, treatment providers and others who require a better understanding of drug culture.

Of course, the fact that the street terms can appear on the Web site of Office of Drug Control Policy seems to indicate that these street terms are not exactly top secret. And I pity the person who, in an effort to figure out if his son has a drug problem, consults this page as a guide for terms to use when confronting the issue: “Are you a ‘Cabbage head,’ son?”

There are some terms here that ONDCP just gets wrong. The list defines “Bump” as “Crack; fake crack; cocaine; boost a high; hit of ketamine ($20).” That’s puzzling; the most common definition of the word is simply “to snort cocaine.” ONDCP also defines Bong as a “Pipe used to smoke marijuana.” Well, not really.

Seriously, the marijuana page alone could be a whole chapter in Nineteen Eighty-Four. It ends with another helpful list of street terms, including: Blunt, Bud, J & Sinsemilla. Sinsemilla. Really?

This whole database of street terms, with its unlimited size, narrow impact, and imperviousness to verification, has “intern project” written all over it; you’ve got nothing for the intern to do, why not have her update the street terms for drugs? “Seriously, we need more about crystal meth. I hear that’s big now.” A partial list: