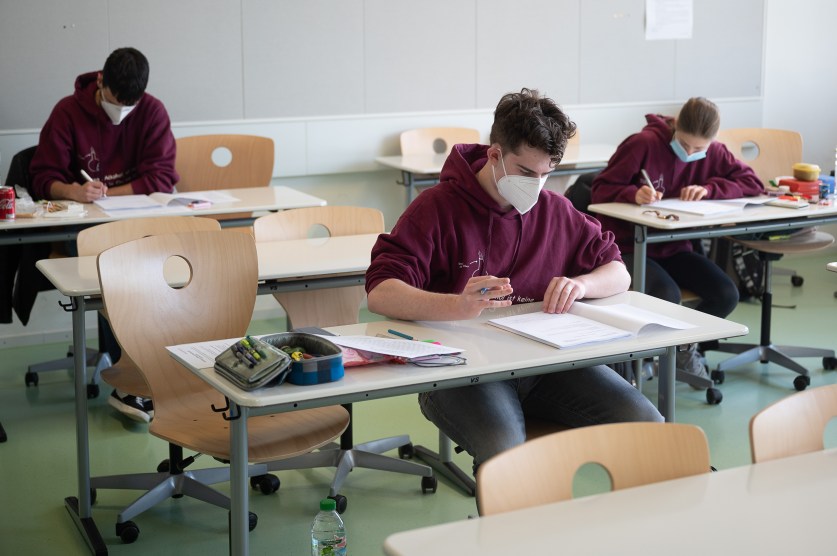 Even though roughly half of the United States population has received at least one COVID shot, coronavirus cases have surged in states such as Michigan, prompting concerns among some public health officials that parts of the nation may be reopening too quickly.

Dr. Michael Osterholm, an epidemiologist and director of the Center for Infectious Disease Research and Policy (CIDRP) at the University of Minnesota, used to advocate strongly for the return of in-person learning. But with new outbreaks largely fueled by the B.1.1.7 variant first detected in the United Kingdom, which seems to affect children at a higher rate than other strains do, Osterholm has changed his tune. I caught up with Osterholm to ask about transmission among kids and the path to herd immunity for the rest of us.

How does our current vaccination rate bode for school reopenings this fall?

I think it’s going to be a mixed situation. And what I mean by that is that we’re going to see, hopefully, vaccines available down to as young as age 12, maybe 10. So when we look at transmission, it’s one of those things where how much vaccine is there is going to make a determination of how big the problems are going to be.

Do you think vaccines for children will have to be fully FDA approved, or will they be able to get emergency use authorization?

I think they will get emergency use authorization. Part of the challenge we have right now is the issue of just how much infection is in the community. Because that’s going to drive how well the studies are going to be able to determine how well the vaccine works, and the safety issues. None of us wants to have people get infected, but frankly, that’s how we get vaccines approved: with efficacy and safety data. And so, if we see substantial transmission in kids, then we’re going to have a much faster timeline to understanding what these vaccines could do and can’t do.

Once this is in schools, the challenge is in the community and the schools. Right now, trying to get kids back in with quarantine, we’re seeing many in-person learning experiences abbreviated quickly, because all you need is just to have a few of these [infected] kids in the school and you have large numbers of people quarantined at home. From an intervention standpoint, there just hasn’t been any data yet to support that cloth face coverings on young kids do anything to prevent transmission. That’s never been studied or addressed.

Why would that be different for children than adults?

Even in the rest of the population, we don’t really have any good studies showing face cloth coverings work. [Centers for Medicare and Medicaid Services] actually has an ongoing evaluation of studies looking at cloth face coverings, and they basically say there’s no discernible data yet to show that they reduce transmission.

With N-95 respirators, you get less than 1 percent leakage in or out. If you look at surgical masks, it’s anywhere from 30 to 50 percent leakage in and out. You get to cloth face coverings, it’s in the 60 to 70 percent range. You know, they’re like seatbelts. They can surely reduce your likelihood of having a bad outcome, but it’s all about dose and time. For example, the recent CDC study looking at double masking was criticized for several reasons, but one of them was that they didn’t do anything about dose and time. It’s like an instantaneous hit and that’s it.

Environments such as school kids today, where we’re now using three feet [social distancing]—which we also challenge—means you double the number of people in the schoolroom. What does your HVAC system do to handle that? And cloth face coverings would have no biological reason to filter out or stop the small aerosol particles. So that’s one of the other things that has been kind of accepted as a fait accompli, and it’s not true.

The other thing is, hygiene theater has to stop. That has been such a big challenge. The CDC, finally, after a year, came out and said that this week. I’ve watched millions and millions of dollars be spent on these deep sanitizings that had nothing to do with reducing COVID-19 transmission. I’ve been saying this since last spring.

How can we overcome the partisan divide on willingness to get vaccinated?

First of all, you have to understand who it is you’re concerned about with vaccine hesitancy or reluctance. I’m part of a group that’s led by Dr. Stephen Thomas, one of the most prominent Black public health professors in the country. He works in Maryland, and he started a program there called the Black Barbers and Beauty Shop program. It’s basically taking barbers and beauticians and really educating them on a number of aspects of health, hypertension, diabetes, etc. And they have served as a major source of information on COVID-19 in their communities. And they are highly trusted; they’re very, very good. And when you actually have a peer like that, or someone that people look up to, explaining to them about this, the number of people willing to take the vaccines goes up dramatically. I think that is an example of the kind of programs we need. That’s not going to work if I’m a pregnant health care worker who is fearful of getting the vaccine. That’s a whole separate issue, and a critical one. And so you need to have the data and the programs to address that group, too.

One of the challenges we have is the billboard that just says “get vaccinated” really has little to no impact. Almost all the time, it’s really about answering specific questions and messages. That’s one where you can surely help them turn around. But I don’t have an answer on this partisan political issue.

The average number of vaccines administered per day is starting to fall. How big of a risk does vaccine hesitancy pose in terms of generating new vaccine-resistant variants?

We have to be very careful. Michigan’s immunization levels are among some of the higher in the country. The Southern Sun Belt states, which have been through this twice now—big waves, one last July, once in January—still have many, many people that are highly vulnerable. The vaccination rate in those states is significantly lower than what we’re seeing in many other states.

Well, if Michigan can have the problem it has, there are a number of states that can have the same problem. People often say, “Well, the vaccine is going to knock it down.” Surely it has an impact, but the amount of vaccination we have right now, as demonstrated in Michigan, is not enough to keep infections from surging. And I think that’s a big challenge for people. They don’t still believe that. And so we can’t get enough people vaccinated quickly enough right now, from my perspective, to try to deal with what is still the potential for other Michigans to occur in the country. It’s a huge issue. We think about this all the time here at CIDRAP.

What sort of public health surveillance systems do we have to detect breakthrough infections in people who have already been vaccinated?

A lot of our surveillance right now is held together by baling wire and twine. I mean, the number of locations still using fax machines to support case reporting! It is really a serious challenge, and if there’s no other lesson from the pandemic, it’s the fact that how critical real-time information is from a public health perspective, and how it has to be made a priority to get systems in place to do that.

Second, you have to have the systems in place to work with private sector and public sector organizations, such that right now we’re seeing a problem where somebody goes and gets tested, they’re positive. Turns out, they’re a breakthrough case but the lab testing them didn’t know that. By the time the health department gets the information and identifies this person as a breakthrough, they contact the lab and the sample has already been thrown away. It’s as simple as that, yet as complicated as that. How do you get that sample for sequencing? Who does the sequencing? When? We’re seeing in many locations two to four weeks before you get sequencing data back. If you’re trying to look at breakthroughs, and you’re trying to understand, is it due to the virus? Or is it just due to the natural experience you’re going to have with a vaccine that is 90, 95 percent effective for most people? What’s happening? We don’t have a good system in place for that.

I know that the administration knows that, but now’s the time where we’ve got to really work with state and local health departments. We’ve got to work with our laboratories, whether they be private or public. And we’ve got to have a much better system in place to identify and capture these samples before they’re lost. And then we got to have quick turnaround on them getting sequenced.

It’s not sequence capacity. We have sequence capacity in this country! It’s the system to get it done. Imagine if every time you tried to use your bank card, you had to run a mile around the bank before you could use it. It’d be a big challenge to get your money out.