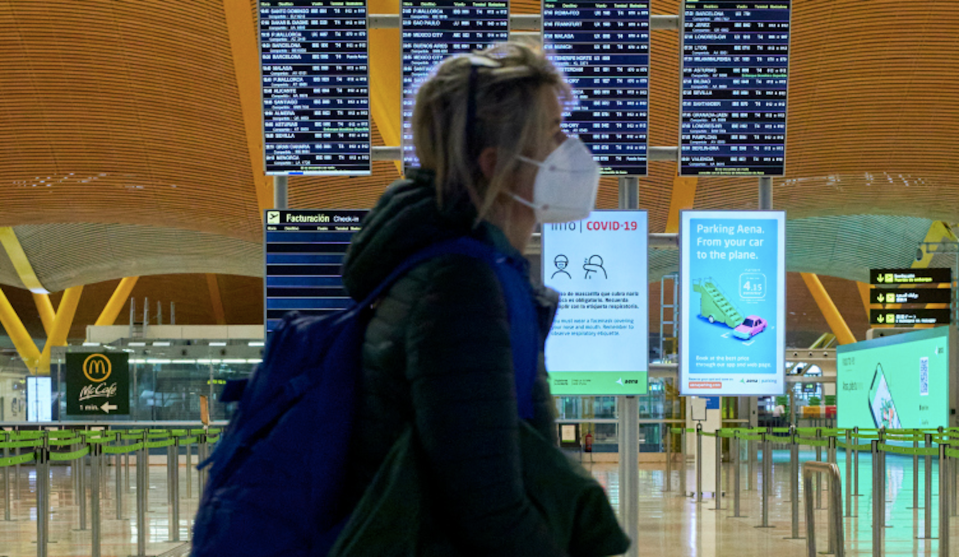 Earlier this week, CNN’s Alisyn Camerota asked epidemiologist Dr. Salim Abdool Karim, the co-chair of the South African Ministerial Advisory Committee on COVID-19, about the “South African variant” of the coronavirus and whether it was any deadlier. He took a deep breath and explained that early evidence doesn’t suggest that the variant causes more serious instances of the disease, but only that this mutation spreads faster than others. He also pointed out that calling the strain the “South African variant” was not appropriate. Even though it was first identified in the country, it might not even have originated there. “It’s better just to call it by its name: 501Y.V2,” Karim said, adding that 501Y.V2 now is present in as many as 31 countries, including the United States.

Camerota acknowledged that talking about the South African variant—or the Brazilian or the UK variant, for that matter—to refer to the still little-understood but worrying mutations of the virus may be more convenient for the media and the public. “I don’t mean to disparage South Africa, but it’s just a handy shorthand,” she said. But health experts and genetic sequencing researchers have a number of concerns about how geographical associations are not only inaccurate but can potentially stigmatize certain countries and populations. Donald Trump appeared to do so deliberately by constantly referring to the coronavirus as the “Chinese virus,” a description that incited some racist demonstrations.

One researcher recently described the current naming system as a “bloody mess.”

“It’s too confusing with these variant names,” said Dr. Maria Van Kerkhove, the World Health Organization’s COVID-19 technical lead, according to Politico. “I am on record multiple times to say we need to fix this because it’s too hard to communicate all these numbers.”

‼️ WHO's Maria Van Kerkhove and Mike Ryan are asking people to stop referring to the Covid variants by the country they were identified in.

It creates a negative stigma when these countries should be celebrated for identifying these concerning mutations.

Epidemiologists have started adopting unusual “nicknames” for certain mutations. The UK seems to be the place where the “Pooh” mutation was identified but it shares “Nelly” with Brazil and South Africa.

Now the SARS-CoV-2 variants that were first identified in the UK (B.1.1.7), South Africa (B.1.351), and Brazil (P.1) have been found in the US, a couple of thoughts (i.e., speculation…) on what happens next, as I been getting many questions about transmission and immunity. 🧵👇 pic.twitter.com/2VZzGx19li

Critics of the location-informed nomenclature also argue it could potentially discourage countries conducting genetic sequencing from notifying the broader international public health community of the discovery of a new variant. “The last thing we want to do is dissuade any particular place from reporting they’ve got a new concerning variant—in fact, we want to do the opposite,” Oliver Pybus, an evolutionary biologist at the University of Oxford, told Nature. As a leader in viral sequencing, the UK is naturally more likely to find new variants than other countries, experts say.

In recent weeks, the detection of variants in Brazil, South Africa, and the UK has led to the imposition of travel bans. Dr. Tulio de Oliveira, the bioinformatician who spearheaded the discovery of the variant in South Africa, said countries are “being sanctioned because they were transparent about the results of their genomic surveillance.”

You don't find what you don't seek — that's the American situation with #COVID19 mutant viruses in a nutshell. The good folks @GISAID have a variants tracker, and as this table shows the UK mass genomic screening effort has found 36,658 VUIs (Variant Under Investigation)…
MORE pic.twitter.com/pnOBhQhGPg

So what are the options to reverse this trend? The WHO is reportedly conferring with other agencies such as the Centers for Disease Control and Prevention and the National Institutes of Health on how to implement a common nomenclature for the variants. The goal is to avoid “geopolitical issues” while also finding a way to simplify the otherwise technical terminology based on genetic sequence.

As a Brazilian, I may be taking this a bit personally. I’m the first to admit that my country, which has struggled to contain soaring infection rates from the start, is in trouble. And there are plenty of candidates who can share the blame. But language matters. In looking at all the alarming headlines about a “Brazilian variant” arriving in Minnesota or the Bay Area, like some sort of terrifying alien invader, I can’t help but think that we Brazilians don’t pose a danger to others any more than we do to ourselves. And let’s face it, we didn’t ask for some new variant either.