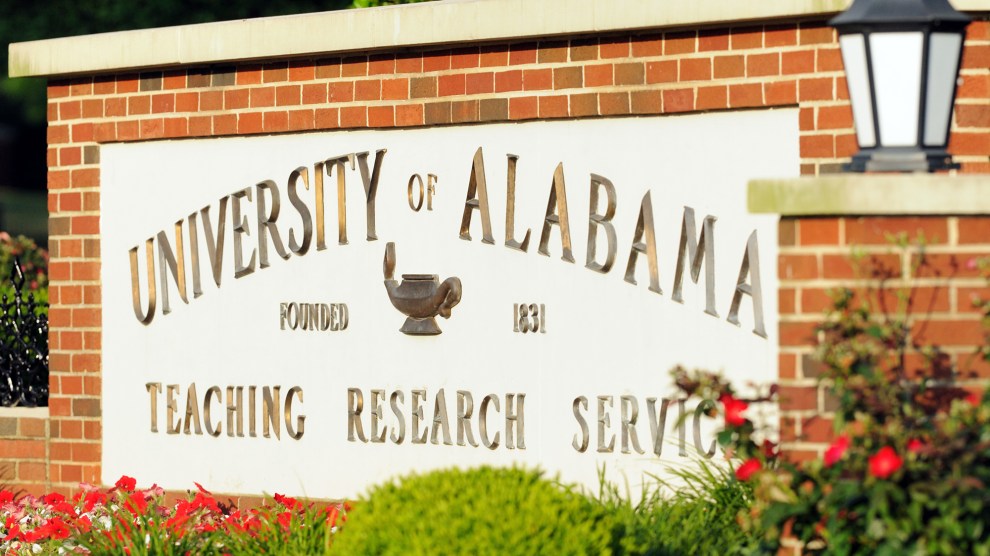 Suzanne Prevost, the dean of University of Alabama’s Capstone College of Nursing, sent out an email on Thursday that elicited shockwaves through the university’s faculty. In the email, which went out to the nursing school’s faculty, Dean Prevost explained that she is “acutely aware” of the challenges of getting back to work right now and that those challenges are “especially pertinent for those of you,” she wrote in bold, “with school aged children.” She then implored her staff to let her know in advance if they would not be able to work in the fall so that the college will “have time to hire a new faculty member to replace you.”

“We wish that we had unlimited abilities to flex schedules and ‘make it work’ for everyone,” she wrote, “but this is just not the case.”

Dean Prevost wrote that she “wish[es] this thing would ‘just go away”’ and ended on the somber acknowledgement that”our wishes are not our reality.” (The word “wish” appeared four times in the email, suggesting that the resources Dean Prevost had at her disposal were tantamount to a pile of pennies aimed into an available fountain.)

Faculty at the @uaccn received this email from their dean yesterday directing instructors with children to consider quitting their jobs so that @UofAlabama can hire replacements. pic.twitter.com/d0JZ2sp6hx

As the Twitter thread on @SafeReturnUA‘s account pointed out, every University of Alabama faculty member has a right to twelve weeks of emergency Family and Medical Leave (FMLA) per federal law, which could cover paid leave should children have to remain home because of the coronavirus (most Alabama schools are planning to reopen in the fall). Her email also omitted information about how the University of Alabama has expanded FMLA following Congress’ passage of the Families First Coronavirus Response Act (FFCRA). The expansion provides more paid family leave benefits and emergency paid sick leave benefits, which faculty with children might find especially useful.

But many faculty at the College of Nursing are on contracts without long-term job security, making them more vulnerable to losing their jobs and the benefits that come with them. Identifying themselves as less available to work in the fall could jeopardize their chances for future employment at the University of Alabama, as made clear in the email. Despite repeated assurances from the University of Alabama’s administration that budget constrictions will not affect employees, four instructors in the English Language Institute recently did not have their contracts renewed. Since they were on contract, this technically does not count as a lay off or furlough.

“You have a lack of transparency, no clear communication about what’s available to people, and the university putting the burden on the workers to deal with its plans to have face-to-face instruction.”

“It taps into this general pattern where you have a lack of transparency, no clear communication about what’s available to people, and the university putting the burden on the workers to deal with its plans to have face-to-face instruction,” he said. “I don’t feel like it’s clear to staff, even if they become aware of these opportunities for support, how to access them.”

Following the backlash to the email, which was reposted on Twitter and Facebook by United Campus Workers Alabama, Dean Prevost issued a statement on Friday clarifying that she “did not mean to suggest that any of you should resign from your faculty positions or that you will be terminated if you are unable to return to work.” The statement also linked to the paid family leave available to staff.

Aside from the confused messaging, why were only faculty members of the nursing school recipients of such a missive? Could it have something to do with their gender? According to the last census, nursing is a profession dominated by women—90% of the faculty at the University of Alabama’s College of Nursing use she/her pronouns on their website, reflecting the national trend.

I have to wonder whether the same email would have ever gone out to faculty at the College of Engineering.

When I contacted the University of Alabama for comment, they said that “the University has been clear about its support and understanding of the challenges facing faculty, staff and students during these difficult times” and linked me to Dean Prevost’s new statement. But that won’t erase the initial impression of the email, which was shocking even to faculty like Carey, who has worked in academia for many years and understands the how precarious the job market is.

“I was blown away by the email,” Carey said. “I’ve never seen anything like that.”