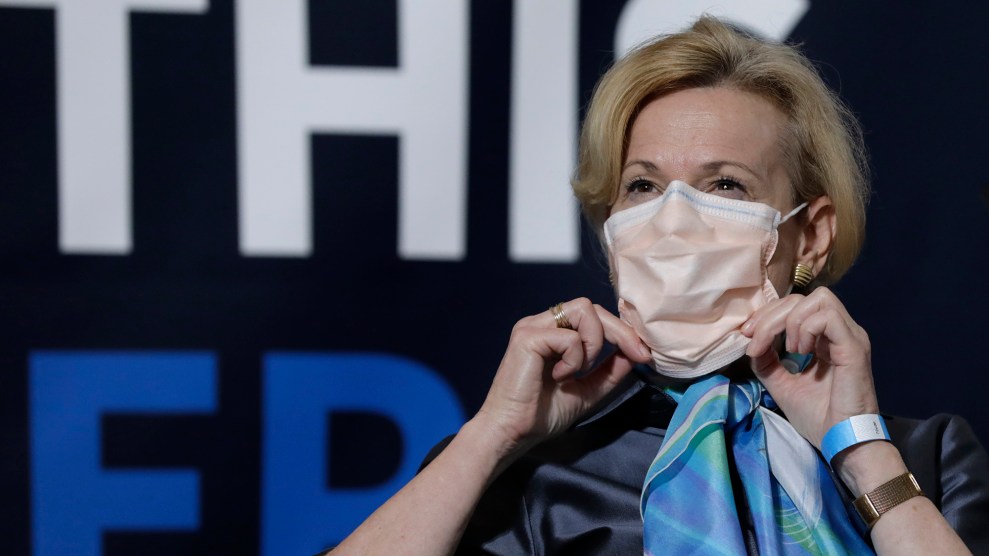 “What we are seeing today is different from March and April,” Birx said. “It is extraordinarily widespread.”

Birx stressed the danger to rural Americans who may think the virus cannot reach them. “To everybody who lives in a rural area, you are not immune or protected from this virus,” she said. “If you’re in multi-generational households, and there’s an outbreak in your rural area or in your city, you need to really consider wearing a mask at home, assuming that you’re positive, if you have individuals in your households with comorbidities.”

Birx also tentatively contradicted the White House’s exhortation to reopen schools in person, saying she agreed with Robert Redfield, the head of the Centers for Disease Control and Prevention, that outbreak hotspots should use distance learning in schools.

“If you have high case load and active community spread … we’re asking people to distance learn at this moment so we can get this epidemic under control,” Dr. Birx says. #CNNSOTU pic.twitter.com/EgJwa8JjhY

The warning from Birx comes shortly after news reports that she helped dissuade the White House from launching a national strategy to contain the pandemic by touting optimistic numbers about the virus’ spread back in April. The White House was in the process of abandoning what little it had done to stem the outbreak and transition responsibility to the states, and Birx, according to the New York Times, provided the data that justified that catastrophic plan:

For scientific affirmation, they turned to Dr. Deborah L. Birx, the sole public health professional in the Meadows group. A highly regarded infectious diseases expert, she was a constant source of upbeat news for the president and his aides, walking the halls with charts emphasizing that outbreaks were gradually easing. The country, she insisted, was likely to resemble Italy, where virus cases declined steadily from frightening heights.

On April 11, she told the coronavirus task force in the Situation Room that the nation was in good shape. Boston and Chicago are two weeks away from the peak, she cautioned, but the numbers in Detroit and other hard-hit cities are heading down.

Birx had failed to consider what would happen to the declining numbers if the White House not only washed its hands of virus containment but also politicized mask-wearing and urged states to reopen prematurely. Now, she’s acknowledging the calamitous results.