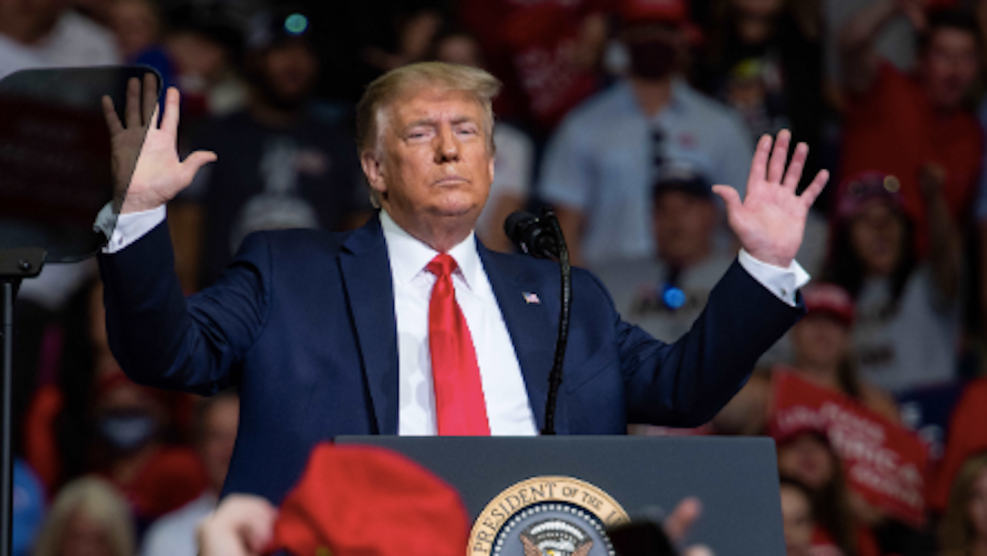 Coronavirus cases continue to soar across the country, with more than half of US states recording new spikes this week. But as the numbers tick upward and communities emerge from lockdown, President Trump and his allies are resorting to the same denialist tactics they employed when the crisis first began, once again downplaying the threat of the virus that has now claimed 120,000 American lives.

The latest came when Trump, while speaking at a campaign rally in Tulsa, Oklahoma, on Saturday, blamed the expansion of testing for the steady increase in cases—an assertion public health officials have labeled misguided.

“So I said to my people, ‘Slow the testing down, please,’” Trump told supporters, in what appeared to be a shocking admission that the president preferred to limit a critical tool for fighting the pandemic. While the White House was quick to claim that the remarks were a joke, as my colleague Jacob Rosenberg noted, it wasn’t the first time Trump has questioned the role of COVID-19 testing. Here he was in March, telling reporters that he wanted passengers aboard a coronavirus-hit cruise ship to stay away to keep the numbers of cases down.

In a more recent example, Trump told the Wall Street Journal that testing is “overrated” and that “in many ways, it makes us look bad.”

But Trump’s record of airing dangerous statements about COVID-19 testing isn’t the only reason to doubt that his remarks on Saturday were merely “tongue-in-cheek.” In fact, the effort to attribute the rise in cases to increased testing appears to be the administration’s official new line. From the New York Times last week:

“I would just encourage you all, as we talk about these things, to make sure and continue to explain to your citizens the magnitude of increase in testing,” Mr. Pence said on a call with governors, audio of which was obtained by the New York Times. “And that in most of the cases where we are seeing some marginal rise in number, that’s more a result of the extraordinary work you’re doing.”

He added: “But also encourage people with the news that we are safely reopening the country. That, as we speak today, because people are going back to hospitals and elective surgery and getting ordinary care, hospitalization rates may be going up. But according to our most current information, hospitalizations for coronavirus are going down across the country.”

That statement is untrue: hospitalizations, particularly where states are experiencing the biggest surges, are rising. Health officials say that is further evidence that relaxed social distancing measures—not the rise in testing capabilities—are to blame. In his remarks to governors, it was clear that Pence, like his boss, seemed to prioritize optics over science.

During a separate press conference on police reform, Trump last Wednesday falsely claimed that the virus would disappear even in the absence of a vaccine. In the same breath, Trump pointed to a non-existent AIDS vaccine as proof.

For a look back at Trump’s first 100 days of deadly coronavirus denial to compare his recent statements, take a look at our detailed timeline, or watch our video below: