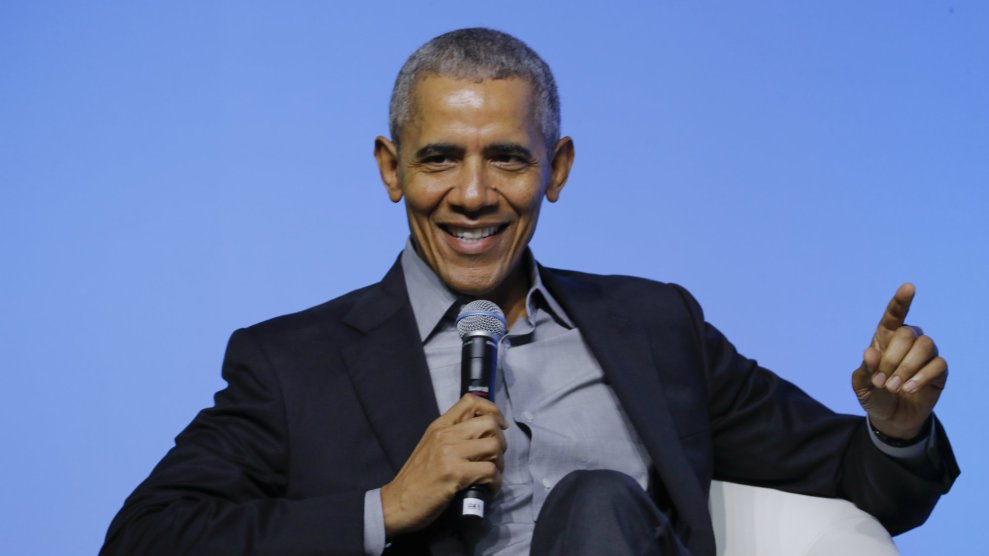 As the pandemic cancels in-person graduation ceremonies at high schools and colleges around the country, institutions have turned to virtual commencements to honor the class of 2020. On a two hour live-streamed event hosted by actor and comedian Kevin Hart, former president Barack Obama addressed 27,000 graduates from historically black colleges and universities—and took a rare swipe at the Trump administration.

“More than anything, this pandemic has fully, finally torn back the curtain on the idea that so many of the folks in charge know what they’re doing,” Obama said in the address. “A lot of them aren’t even pretending to be in charge.”

The nation’s first Black president highlighted the disease’s “disproportionate impact” on the African American graduates’ communities. “Let’s be honest. A disease like this just spotlights the underlying inequalities and extra burdens that Black communities have historically had to deal with in this country.”

The criticism, while unusual for the former president, is notable in its restraint. In just two months, approximately 88,000 people have died from the coronavirus, 1.4 million have been infected, and 36 million people have lost their jobs, the economy is in free fall. Donald Trump spent weeks downplaying the severity of the crisis and has largely left the response up to individual states who cannot marshal the nation’s full resources and, leaving them to develop large parts of the testing, tracing, and isolating strategies needed to safely resume normal activities.

For the last three years, President Trump has blamed his predecessor for problems taking place on his watch, and this pandemic has been no exception, as he has tried to pass the buck on poor planning, testing failures, and supply shortages. On Monday, Senate Majority Leader Mitch McConnell falsely claimed in a live streamed conversation hosted by the Trump campaign that the Obama administration did not leave a pandemic playbook. Later in the week, McConnell walked back his comments in an interview on Fox News (“I was wrong. They did leave behind a plan. So, I clearly made a mistake in that regard.”)

Obama has rarely publicly criticized the current administration since Trump took office in January 2017. But in a leaked private call earlier this month, the former president was less measured. “It would have been bad even with the best of governments,” he said. “It has been an absolute chaotic disaster.”