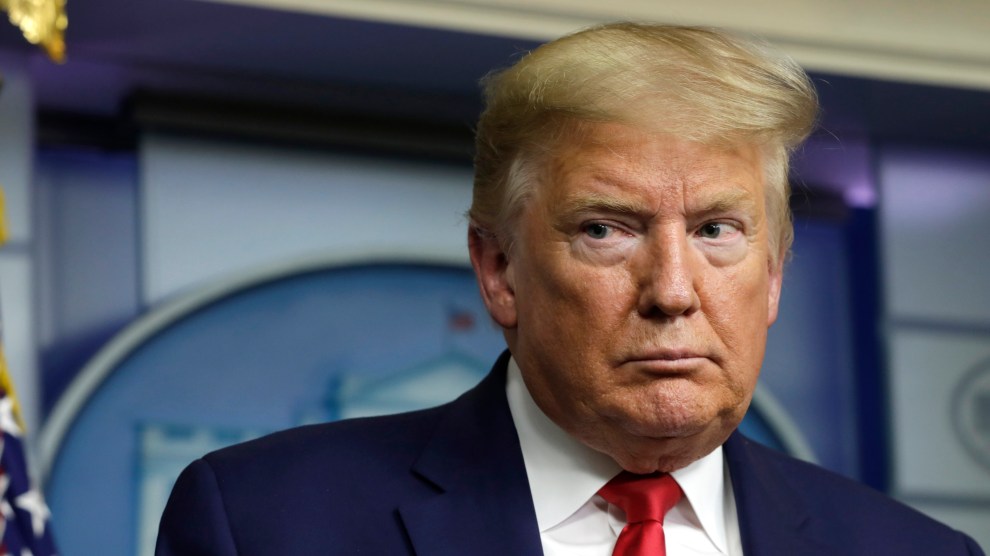 For weeks, President Donald Trump has been pushing two anti-malaria drugs—chloroquine and hydroxychloroquine—as treatment for the novel coronavirus, despite a lack of scientific evidence that they, well, actually work to treat the novel coronavirus. Now Reuters has published a report that highlights how the president intervened to pressure federal health officials last month to put out a little-noticed but “highly unusual guidance informing doctors they had the option to prescribe the drugs, with key dosing information based on unattributed anecdotes rather than peer-reviewed science.”

As the story notes:

The episode reveals how the president’s efforts could change the nature of drug oversight, a field long governed by strict rules of science and testing. Rarely, if ever, has a U.S. president lobbied regulators and health officials to focus their efforts on specific unproven drugs.

“The president is short-circuiting the process with his gut feelings,” said Jeffrey Flier, a former dean of Harvard Medical School. “We are in an emergency and we need to rely on our government to ensure that all these potential therapies are tested in the most effective and objective way.”

The CDC guidance, Reuters notes, was essentially published without any sourcing. That is alarming! Experts agree:

Dr. Lynn Goldman, dean of the Milken Institute School of Public Health at George Washington University, says she was surprised to read the document guidance, after Reuters pointed it out to her. “Geez!” she said. “No references, no nothing! Why would CDC be publishing anecdotes? That doesn’t make sense. This is very unusual.”

Flier, the former Harvard dean, agreed. “It’s kind of offering these drugs up and suggesting that doctors might prescribe them when it’s obviously not established whether or not they are effective or harmful,” he said.

"I think people should—if it were me—I might do it anyway. I may take it."

"What do you have to lose?"

"They should look at the lupus thing. I don't know what it says. But there's a rumor out there […] maybe it's true, maybe it's not. Why don't you investigate that?" pic.twitter.com/WKNQxHwon5

The story of how the guidance came to be is unsettling, somewhat complicated, and, unfortunately, given that it includes something the president saw on Fox News, not all that surprising. Read the full story here.