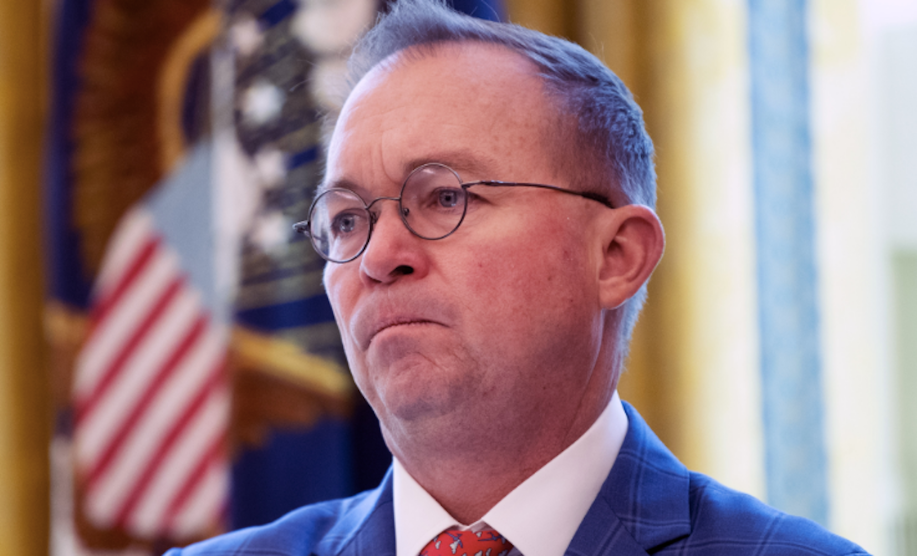 The former White House chief of staff, who was humiliated and fired in April only to stick around to serve the administration as a special envoy to Northern Ireland, has resigned. “I can’t stay here,” Mulvaney told CNBC in a video call, lamenting the pro-Trump insurrectionists who breached the Capitol on Wednesday, “not after yesterday.”
“You can’t look at yesterday and think ‘I want to be part of that’ in any way, shape or form,” he said.
But Mulvaney has looked at that kind of thing before, and apparently decided he was OK with being a part of it. In fact, he’s had a front-row, courtside seat to bear witness to the exact blend of violence, white nationalism, and chaos that unfolded yesterday. While he says yesterday it was enough to cause him to rise up and disavow this White House, that noxious brew showed up at every pro-Trump rally—rallies Mulvaney himself attended—urged on by countless acts of incitement from the boss. It was present in every violent protest and social media platform teeming with far-right, extremist fantasies that turned into reality yesterday. Even after getting unceremoniously replaced, Mulvaney clung to the administration. Apparently eager to serve Trump in any way, shape or form, he agreed to take a post focused on the other side of the Atlantic—a job I honestly had forgotten he held until his resignation this morning.
Mulvaney isn’t alone among Trump officials suddenly making a public gesture of morality. A string of such officials, including Melania Trump’s chief of staff, Stephanie Grisham, have announced that they’re out.
But Grisham didn’t cry out for self-pity like our man Mulvaney. “It has been an honor to serve the country in the White House,” she said in a statement to CNN. “I am very proud to have been a part of Mrs. Trump’s mission to help children everywhere and proud of the many accomplishments of this Administration.” Here, Grisham is seemingly attempting to have it both ways: adding her name to a growing list that could no longer be associated with the stunning images from yesterday, but still bragging of being “very proud” to have served in the same White House that directly fueled those images.
As retired Lt. Col. Alexander Vindman told Anderson Cooper Thursday, some of those who have stepped down in the wake of Wednesday’s riot are legitimately conflicted. “I would encourage folks to really consider whether they want to stay on for the last two weeks, I had my own struggles trying to determine whether I wanted to stay on,” Vindman said, referring to his decision to remain a part of the National Security Council staff after he testified in Trump’s impeachment trial.
That said, rats who are simply abandoning the sinking ship haven’t earned the right not to be judged for their role in plotting and maintaining its course. Folks like Mulvaney and Grisham, enablers and loyalists, own this too. It’s going to take a lot more than the performance we saw from Mulvaney this morning to forget his steadfast work for a presidential terrorist.