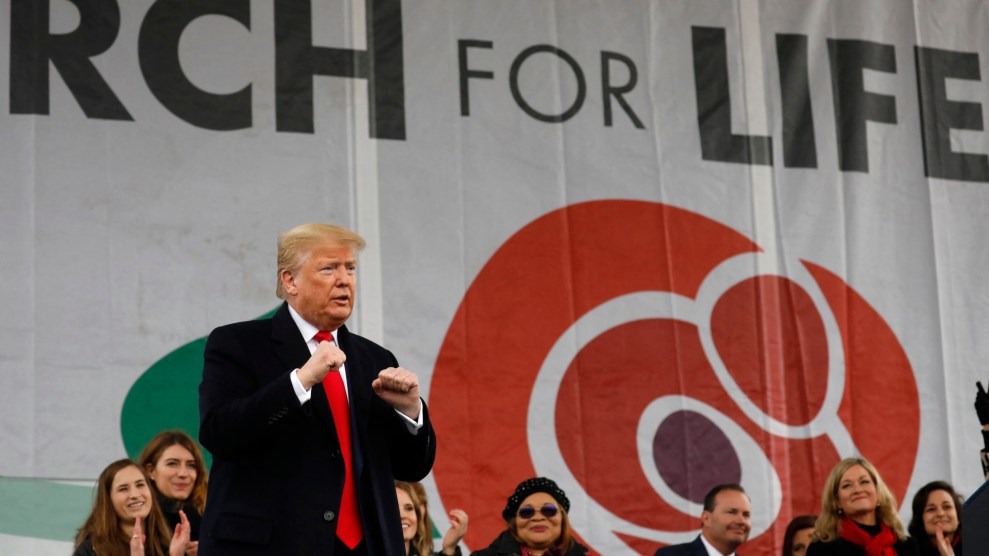 As the time before Election Day continues to dwindle, President Donald Trump is trying to shore up or win back supporters wherever he can. For the white suburban women who helped push him to victory in 2016, for instance, he’s peddling LAW AND ORDER! And for the supporters on the Christian right, he just released a Supreme Court nominee shortlist that is chock-full of far-right legal minds.

Crucially, the list almost explicitly declares that in a second Trump term, Roe v. Wade is dead. Maybe Trump is hoping these lady suburbanites don’t look at the list and the history of the 20 people on it too closely; just 13 percent of small city/suburban women support overturning Roe.

Lucky for us, we have shortlister Sen. Tom Cotton (R-Ark.) broadcasting the message, with zero ambiguity, just a half-hour after Trump’s announcement:

As for the potential future justices beyond Cotton, there are two other senators on the list, Ted Cruz (R-TX) and Josh Hawley (R-MO). Both have been equally outspoken about their abortion opposition. On the campaign trail in 2016, Cruz argued that Roe wasn’t settled law, and that abortion should be banned even in cases of rape and incest. Just last week, Cruz and Cotton signed onto a letter asking the FDA to take Mifeprex, commonly known as the abortion pill, off the market. Hawley meanwhile has declared that he would only support a Supreme Court nominee who explicitly acknowledges that Roe was “wrongly decided.” In a July interview with the Washington Post, he explained: “Roe is central to judicial philosophy. Roe is and was an unbridled act of judicial imperialism. It marks the point the modern Supreme Court said, ‘You know, we don’t have to follow the Constitution. We won’t even pretend to try.’”

The rest of Trump’s list is far less vocal about the issue, but that doesn’t mean they’re less extreme—multiple of Trump’s candidates have support from groups with anti-abortion views, like the Federalist Society and the Susan B. Anthony List. Here’s a limited sampling:

Theresa Lau, senior counsel at the National Women’s Law Center, said that her organization has vehemently opposed previous nominations for folks on Trump’s shortlist, include Pitlyk, Duncan, and Katsas. When I asked her thoughts on the nominees, she was unequivocal: “Everyone on that list is extremely troubling.”