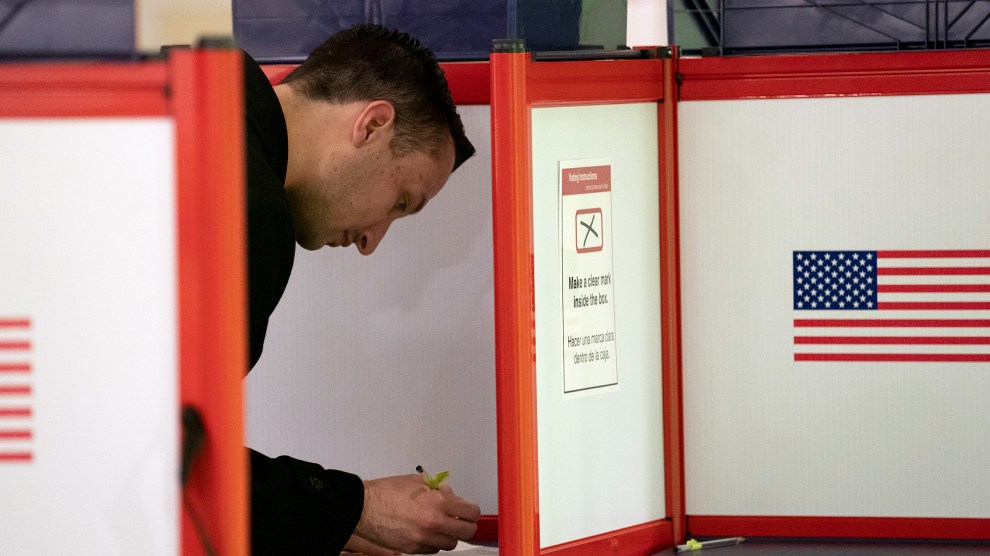 As voting kicks off in 14 states (plus Samoa) on Super Tuesday, outraged tweets are circulating that Bernie Sanders’ name is hidden on the second page of the ballot in San Diego County, California.

Legit just created an entire Twitter account to tell the world @BernieSanders isn’t even on the first page of the ballot. You have to look for an icon located at the far bottom of the page then scroll to find his name #BernieBallot pic.twitter.com/kEeTCcDwKg

Others on Twitter falsely claimed that this positioning of his name was taking place “all over the country.”

Apparently all over the country, Bernie is being listed on a second page of the ballot. Looks like you have to scroll past Roque "Rocky" De La Fuente III, Mark Stewart Greenstein, and Andrew Yang to find him https://t.co/MaFnu4I0Ji

The California Secretary of State was quick to fact-check these assertions on Twitter, explaining that the ordering of candidates was generated by a randomized alphabet drawing, which rotates by district so that no one candidate has the advantage of landing on top of the list in each of the delegate-rich state’s 80 districts.

FACT CHECK: The order of candidate names is determined by a random alphabet drawing that is open to the public. Candidate order is then rotated by each Assembly District to prevent any candidate from having an unfair advantage.https://t.co/TRicWNh4mf https://t.co/vH98EG0bPm

Ballot design has a fraught history in the United States. Given that ballot ordering has shown to give candidates at the top of the list a significant advantage, a randomized list is supposed to be more fair, and being buried on the second page isn’t where any candidate wants to be today. In fact, the ballot ordering for the 2020 Democratic presidential race varies state by state, and sometimes, as in California, county by county. Other states that are voting today, like Alabama, list candidates alphabetically by party.

Luckily for Bernie, a quick Twitter search reveals that he found better placement on other ballots across the country—and that includes several counties in the Golden State.

As a first gen immigrant, Bernie Sanders represents the values and security my family came looking for when we immigrated 22 years ago
#MuslimsForBernie pic.twitter.com/auWAZatysi

I cast the first ballot at my polling place in Berkeley CA this morning for our next president, Bernie Sanders! #Bernie2020 pic.twitter.com/VpYELrsknG