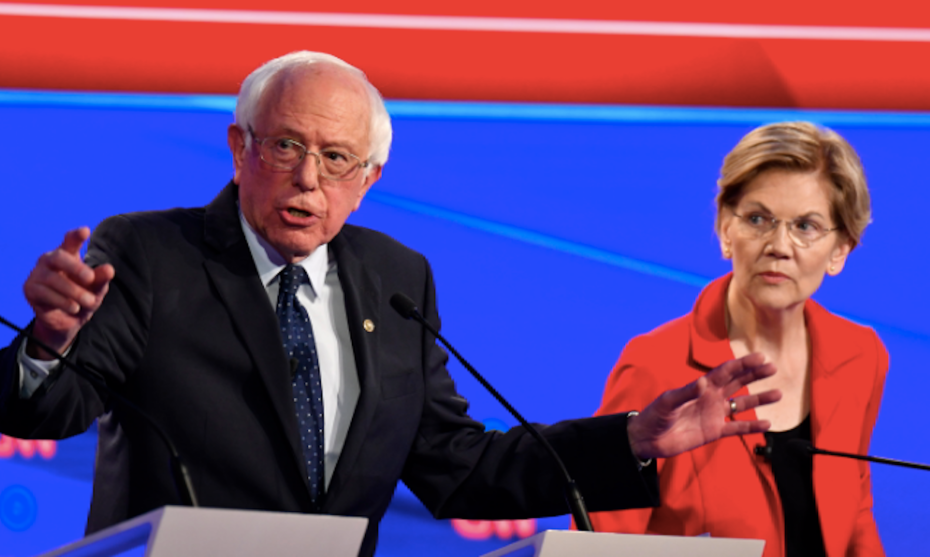 In the wake of Joe Biden’s commanding victories in Tuesday’s Democratic primaries, some Bernie Sanders supporters are focusing their ire on Elizabeth Warren for failing to endorse the Vermont senator after she quit the race last week, a decision they view as a crucial factor to Sanders’ dismal results this week.

The numbers in MI make it clear that Warren endorsing and campaigning for Bernie might well have made a huge difference. She bears some responsibility for the catastrophic harm to the planet that is going to come from the dems running an ailing Biden only to have him be trounced. https://t.co/SkbVTcXNmp

Biden’s new control of the primary, as these Sanders supporters see it, is a consequence of Warren forsaking the party’s progressive wing in favor of the establishment. Warren—who well before destroying billionaire Mike Bloomberg on the debate stage last month had been Biden’s most formidable debate threat—was now a Biden pawn opportunistically holding out for a cabinet position.

The first photo is of Al Johnson who made 200 calls for Bernie the night before he died of cancer.

In the second photo is ElIzabeth Warren days after she suspended her campaign and refused to endorse Bernie. pic.twitter.com/0aU6dQ3zHz

While the line of thinking isn’t exactly surprising these days, it is still starkly cynical. It also ignores the very real elements that contributed to Biden’s recent victories over Sanders, including the former vice president’s longstanding well of support among older black voters—a group Sanders has consistently failed to win over—as well as data revealing the young voters the Sanders campaign had relied on to deliver just never showed up.

Biden is now in striking distance of clinching the nomination, and that’s a genuine heartbreak for voters hoping for Medicare for All, free college tuition, and higher taxes on the wealthy. But reflexively piling on a woman with enormous progressive credentials—after months of dismissing her as a dangerous counterfeit—isn’t the answer.

It is, however, if you’re this guy:

Pocahontas, working in conjunction with the Democrat Party, totally destroyed the campaign of Bernie Sanders. If she would have quit 3 days earlier, Sanders would have beaten Biden in a route, it wouldn’t even have been close. They also got two other losers to support Sleepy Joe!